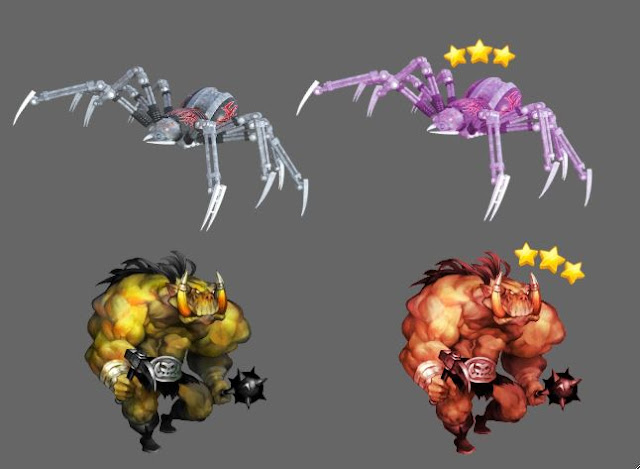 By far, the greatest successful addition to my game this year was the Boss Battles. Piloted at the end of last year, and fully implemented this year, I've even had students present this form of testing during Student Exhibition Nights. This boggles my mind since the Boss Battles are in reality nothing more than the normal tests and quizzes I would normally have, but as we all know, beating the Boss, and even better, adding each to our collection of "perfect bosses", is so much better than simply taking a test.

My boss battles have undergone a couple of minor tweaks over the course of the year, with the addition of the first hit and first perfect hit, and Google Sheet's new (to me) shuffle question order, but other than that they have remained the same as when I first created them.

With CASP dates approaching, I started to think about pulling questions from this already created "bank" of questions to create new battles for review. However, I did not love this idea simply because, I did not think this far along in the school year when I set up the individual student sheets, and thus did not leave myself extra places for more than a couple extra bosses. The other issue I had was that each unit is tied to a race of aliens we encounter through our narrative so it would not make much sense for a "robot" boss (matter) to suddenly ask questions about earth systems, for example.

I was pondering this one morning while on my daily Pokemon Go walk (yes, I still play) when the idea to make shiny bosses came. If you are unfamiliar with the term, a shiny Pokemon is a variant of a regular Pokemon that has a slightly different coloration. It does not give anything new out nor does it have any special attacks, it is simply different. So I set about trying to figure out how to make that happen without having to recreate (copy) a multitude of forms and sheets and do a bunch of work with changing cell references in my evergrowing leaderboard. Most importantly, I did not want to touch the student ranking sheets. So here goes - Fullscreen link

If you are presenting the shiny boss battles as a stand-alone thing for review, you are done, but if like me, you were already pulling data into your leaderboard, you will need to make some other adjustments.

As with most of the gamification set-up tasks, the joy for you may be in creating the first shiny boss, and the rest of the process may become tedious, but remember, once done you do not have to do anything other than enjoy your students as they confront the shiny boss. As you see below, the figuring things out ends up being done by Google Sheets so there is no time wasted in looking up individual students to see if they got the shiny boss or not.

What do you think? Any other ideas to make review a part of your game or narrative? I'd love to hear about them.
Posted by Mariana Garcia Serrato at 7:00 PM No comments: