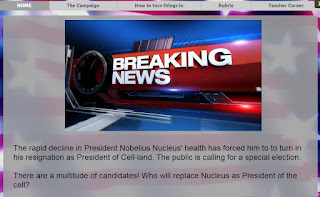 It is that time of the year where I am asked to teach a concept that does not readily engage my middle schoolers. Don't get me wrong, I know that there are many connections to be made, and real-world applications to be discovered. However no amount of me talking about it, having them create catchy posters or even building models (edible or otherwise) has ever been very successful in my book when we are supposed to be able to describe the function of a cell as a whole and ways part of cells contribute to their function (MS-LS1-2). The dreaded Cells and Organelles Unit is upon us.

As I once again began my search for a different approach for teaching this, I stumbled upon this post from Plant Cell Biology, which led me through the rabbit hole of Mr. Graba's work with  high school freshmen, and figured "OK, I can adapt that cell electoral campaign idea."

The premise: The nucleus has to resign, leaving a power void in the cell. A special election is being held to elect a new leader for the cell.

What the students had to do:

1. Develop a series of electoral posters describing the role of each organelle.

Pretty much a tired old cell project, but OK. The students plastered my classroom walls with these.


2. Develop a political advertisement for their organelle. This is already rather cool, as they really took to the "meat" of the concepts.

3. As students were getting into the previous components, they also had to create and respond to a smear campaign against their opposition. This is what really got them going, and probably what improved the quality and depth of the final work overall. 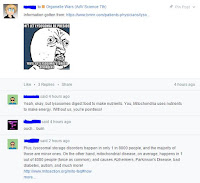 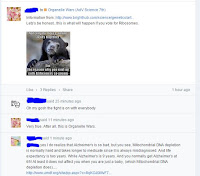 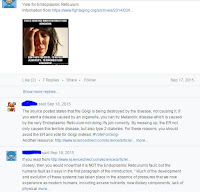 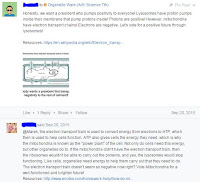 Not only were they "smearing" the other candidates, they added all this evidence for their ideas. This also ended up helping students learn about other organelles, and not just about the one they had been assigned. When they started telling each other to "read the resource closely" and "I have to get home early so that I can do some more research to be able to respond to that", my heart actually sang for joy!

As an added benefit to this project, the students also learned about how to structure an electoral campaign. At the beginning of the project, questions flew about just what would go in the posters vs. the video vs. the "smears". Instead of me giving an answer, I told them to go ahead and research different campaigns and determine what had made them "successful". They requested conferences and support with their social studies teacher, just because they wanted to win this election. I am still confounded by this turn of events, but hey, why would I stand against students taking full ownership!

As we come to the end of this project, I am left with one question that perhaps you will help me answer. I cannot assign another electoral campaign to this group. Do you have any ideas about how to spark this level of interest?