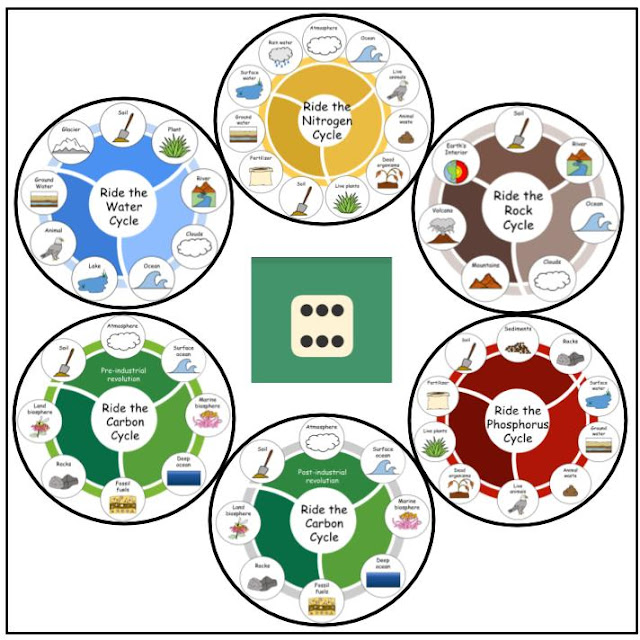 I would love to hear more ideas about what you could do with them.
Posted by Mrs.Garcia at 3:41 PM 3 comments:

For several years I have been teaching Plate Tectonics to students and we have done several paper-pencil activities that have to do with plotting earthquakes, volcanos and landforms on maps. Over those years, I've searched far and wide for a Google map that included the outlines of the plates in the hopes of turning those activities into a digital product. I've only ever found Google Earth maps with this feature and while cool, the idea of navigating Google Earth with students has always been daunting. This year I had some time and decided to create my own Plate Tectonics Google map.

The link to the map, which you can see above and can use to make a copy is https://bit.ly/2VOCDO. If you decide to use it, I only ask that you share it forward, freely, to any teacher who may also be looking for it.

The project I use it for, which includes not only the link but also a Google slide deck with instructions on how to make a copy of the map, add markers and share it (see below), can be downloaded here


If you do download it, consider leaving a review. Thanks!

Posted by Mrs.Garcia at 6:59 PM No comments: